"Journey To The Savage Planet" nominated for Outstanding Mix Score!

At least one award is celebrating the work of the team involved in making Music Score sound good!

My work for "Journey To The Savage Planet" just got nominated for "Outstanding Original Light Mix Score, New IP"

This would never happen if Brian D'Oliveira and Tobias Pace didn't trust me with their projects. Thank you!

Now, enjoy the soundtrack below 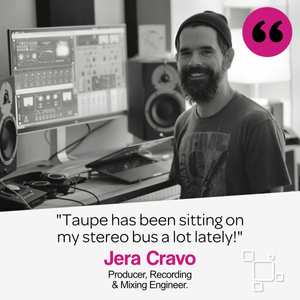 I’m honoured to play a tiny small part on the next project by WB Games MTL
I mixed the music created by the British duo "The Flight" for the Gotham Knights launch trailer.
Enjoy!

"Shadow Of The Tomb Raider" in Vinyl and all Digital Platforms!

It's been a while since I posted here about "Shadow Of The Tomb Raider".
Well... the soundtrack is FINALLY available in all music streaming platforms!

You can also buy the vinyl HERE

Click HERE to listen to the soundtrack in your prefered platform (iTunes, Spotify, Deezer, etc)

"Journey To The Savage Planet OST" is available to stream for FREE!!!

It's been a couple of years since we started working on this very cool project with our friends at Typhoon !!

Brian has come up with a Space-Cowboy-Sci-fi signature that fits the game perfectly and is very fun to listen to without the game as well.

So, go take a listen and I hope you enjoy it as much as we do!

Today is a special day:
1 - It's my birthday
2 - Riot released the song that I mixed for their new Champion on League Of Legends.

The music was written and recorded by Brian D'Oliveira here at La Hacienda Creative, where I also mixed and mastered it.

A few months ago I mixed a song written and performed by Brian D'Oliveira for the game "Honor Of Kings" from Chinese developer Tencent.
The song is the main theme for the character named Shangguan.
I couldn't find the full song available anywhere, but you can listen to a quick excerpt here.

I totally forgot to check if the music for the 9th season of "For Honor" was out, and today I found a so-so rip on Youtube.
Music was composed by Luc St-Pierre and mixed by yours truly ;)
Enjoy!

Article about "Shadow of the Tomb Raider" on Audio Media Magazine

A few weeks ago I had a very nice chat with Audio Media Magazine and we talked about the process of working on such a long and demanding project like "Shadow Of The Tomb Raider".
Read it more here 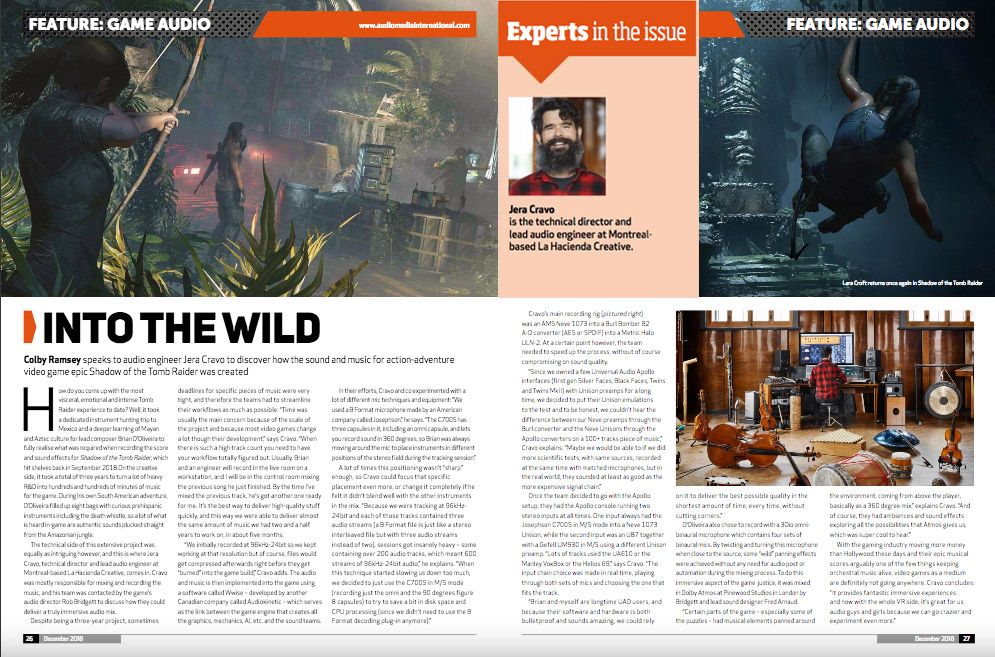 Working on Shadow Of The Tomb Raider

Let me tell you a quick story:

October 2012 I started working with Brian on the Papo & Yo original soundtrack.

This was his first video-game project and it was as close as I’ve ever been to anything related to soundtracks or video game music.

Jump a few months ahead, (about summer 2013) and the Tomb Raider reboot was released.
After playing the game I told Brian: “Dude, I can totally see you working in a Tomb Raider game!!”
A couple years later, guess which project Brian was invited to pitch to? Yep… you guessed it right… FUCKING TOMB RAIDER!!!!!!!!!

Resident Evil 7 - Biohazard is OUT!!!

Ok, if 17 years ago when I started trying to record stuff on a 4 track Tascam cassete recorder, someone told me that I would be part of the team responsible for one of my favorite video-game franchises, I would say that was just crazy talk.

Cali's Trailer is out

I'm proud of the work my friend Brian D'Oliveira did for this trailer!
Recordings sounded awesome and just made my life easier when time arrived to mix and master this piece!
Enjoy